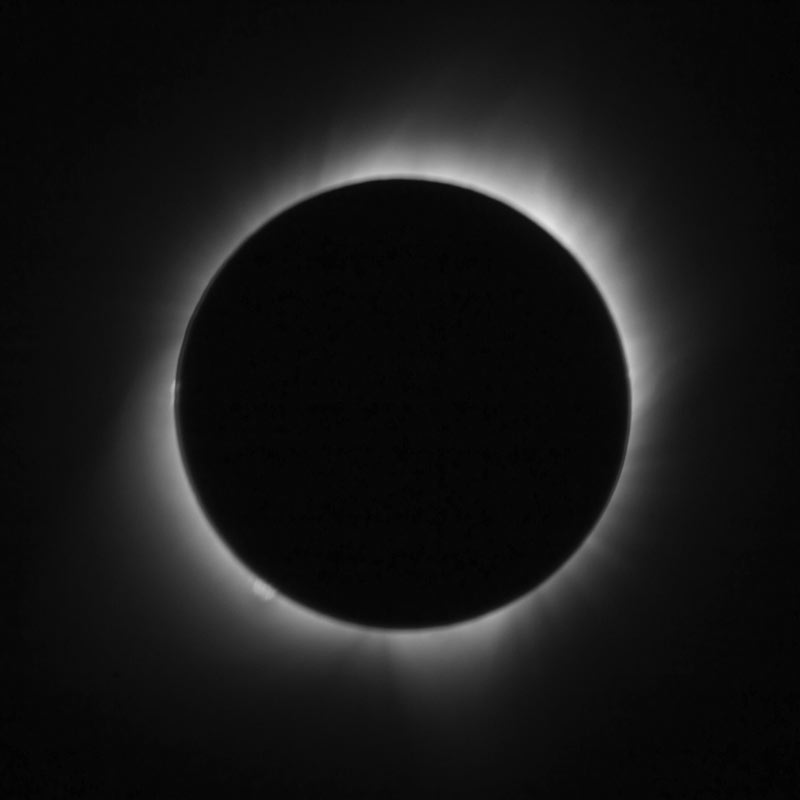 Let’s not forget the true regal meaning of the word “Corona.”

In it most basic definition it means “crown”.

Scientists have been aware of corona-type viruses since the 1930’s.

The term was first used in 1968, when researchers were able to observe the virus using an electron microscope. The microscope was able to resolve things to three nanometers, or 0.00000001 inches; 1/1000 the diameter of a human hair. Under such magnification, the virus appeared to be surrounded by a “halo” or “crown.”

Astronomers have multiple references for “corona.”

My personal favorite, and probably the most beautiful, is the “corona” I waited to experience my entire adult life – the total solar eclipse in August 2017.

The solar corona is very faint – only visible when a large object like our Moon completely blocks the bright Sun. It is also one of the hottest parts of the Sun with temperatures of over one million degrees. The surface of the Sun is only about 10,000 degrees; only the interior of the Sun is hotter.

Corona Borealis, the better and more visible of the two, is a faint constellation nestled between Hercules and Bootes. A small, dim but well positioned “U” high in the south at 11pm. According to Greek legend, Dionysus (Bacchus to the Greeks) tossed it into the starry sky as a pledge of love to his new bride, Ariadne.

Across the world this small constellation had different meanings. To Native Americans it was a symbol of a Cheyenne Circle Camp; Shawnee saw a dance circle of maidens. In Australia, they saw a boomerang, in the South Pacific a full net of fish, in the Arab world a shield, and a laurel wreath of victory in Greece and Western Europe.

2020 has been a frustrating & challenging year

Science is uniquely qualified to get us through this; to make it a memory. The best thing about science is that it will let us learn how to handle the next time even better. To paraphrase Isaac Newton – who created and finalized a lot of the mathematics and science he had been thinking about for the past several years including calculus, analytic geometry, and gravity while socially isolating during the Great Plague of London in 1665 – we see further since we build on the accomplishments of the people that we follow. His time in plague quarantine is now referred to as the “year of wonders.”

Each month, the Barlow Planetarium, Wisconsin’s first major planetarium, provides interesting science, technology, engineering and mathematics (STEM) topics for all ages.
TO GET A CURRENT SKYCHART: Visit the Skymaps link under the “Astronomy Resources” link at BarlowPlanetarium.org.